17 year old Madina's marriage was arranged four months ago, and she was excited about it. She would spend all day talking on the phone with the boy, and her attention slowly moved completely away from her education. As she obsessed about her upcoming wedding, she became irregular at school, tuition, and cluster meetings.

The Youth Mentors (YMs) visited her home to find out more about it from the mother. She said "Madina's marriage was arranged with very nice man, who does good work. She had to get married sooner or later...'. She added that they were thrilled to have found such a good prospect so quickly, and it only made sense to speed things along.

The YMs tried talking to Madina and her mother to negotiate about her education. This was very challenging for the Mentors, especially since Madina was looking forward to get married, and eager to drop her studies. Mentors encouraged her to at least continue attending the cluster meetings.

One day at the cluster, the mentors held a discussion about the challenges faced after marriage and members were asked to share experiences that they know of. One member spoke of her cousin who got married but now her husband beats her a lot. Since she hadn’t studied enough, she doesn’t know of any way out. Another couple of children spoke about the amount of work that women have to do once they are married, and they see some of their neighbours working all the time. They have had to leave their own dreams and work only towards making somebody else’s dream come true. Everyone in the group came up with stories of people they knew.

Madina was silent throughout this discussion. Right at the end, she said she hasn’t studied much, and if she is faced with such challenges then she wouldn't be able to do anything, just like the women they had been speaking of. She decided to not get married now, but was also afraid that her mother would not support this new decision.

The YMs re-opened negotiations with the mother and encouraged her to attend the Parents' Meetings. Madina was offered a number of opportunities to keep her interests alive. She was encouraged to engage in football, spoken English and special responsibilities at the YRC.

Now she is continuing school and not thinking of marriage. Her mother too has finally come around, and wants Madina to be become independent.

Diksha (12 years) is a relatively new member of the group who has been attending for 3 months.

On her first cluster meeting, she was asked what her name is, which class she is in and what she likes to do. Diksha introduced herself saying she likes to dance, and she does not go to school.

At the end of the meeting, the YMs spoke to her separately and asked her why she doesn’t go to school. She replied that her parents made her study till class 1 and then sent her to her uncle’s house, where she now lives. YMs the asked her whether she wants to study, whether she likes it. Diksha said she was not interested as she does not enjoy it.

The following week, the YMs encouraged Diksha to be involved in the English class. They took that opportunity to explain the advantages of developing social skills and confidence. Diksha’s interest in studying grew after that talk. Core team member and YMs approached her uncle about her education. Her uncle agreed and asked them to look for a teacher for her. The YRC found a teacher for her.

She started learning with her new teacher and has also been attending the YRC English Classes. She will be joining school next year.


Extracted from YRC reports to the Case Management Team, April - September 2019.
Names have been changed where appropriate 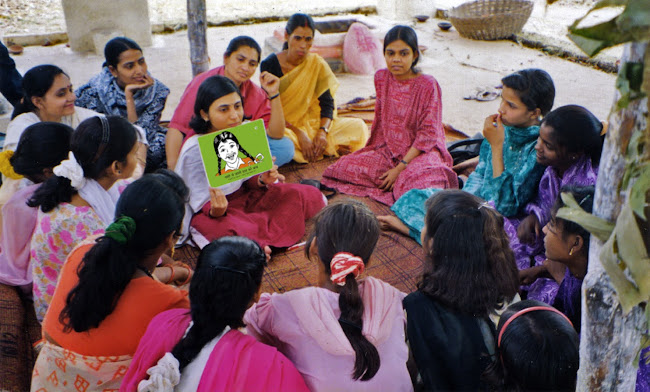 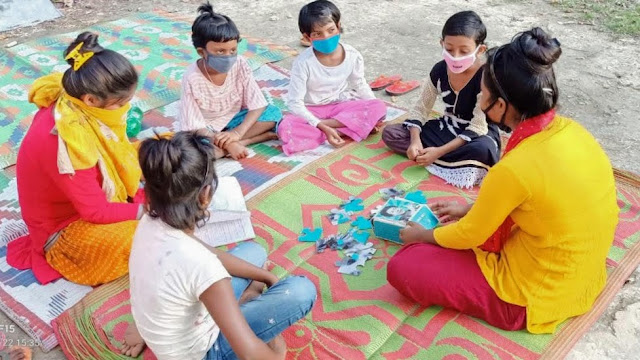