My father is fond of politics. From my childhood, I have heard political discussions going on at home. I would hear but not understand these. My school friends didn't want to talk very much about it, and from whatever they said, I felt politics was a bad thing from which I had better stay away. When I was 10 years old, I used to imitate a political leader who I had heard giving a speech. One day the local Councillor visited our home, and prompted by my father, I spoke in front of him in that style.

He liked this very much. He said he would put me on stage during a meeting. I asked my mother, "Ammi, what will I say?" Ammi explained to me what a Councillor's job was and wrote a speech down for me, which I promptly memorized in the way I learnt my lessons by heart.

That evening I gave my speech on the stage. It wasn't the first time I was speaking in public. I had done drama at school previously; the speech was somewhat like that, as what I was saying had no connection with my life. Perhaps everyone liked listening to these words from the mouth of a 10-year old. A number of newspapers wrote about it as well. Everyone gave me a lot of importance and it was fun. I became quite famous in my neighbourhood.

But I never told my friends about my brush with politics, as they didn't think politics was good, and I wanted to blend in. Perhaps it was easier to keep quiet at that time. Gradually the distance grew between me and politics. When my father discussed politics, I used to say that politicians were bad people who are only in the game for their own profit. That they would sell off our country…

In this way, I grew up. I liked social work a lot and a time came when I got associated with an NGO and started working in my own community. In 2009, through a fellowship programme at TF, I learnt a lot of things; like the responsibility of young people towards society, the many powers that young people possess and how we can bring change.

After this, I also started aspiring for my community. When I used to see kids return from school and start working in some shop, making shoes, plates or envelopes, I used to feel very troubled. I felt that there were far too many responsibilities, and a childhood without play had become our destiny! No one had the time to think about how to improve their lives because if they didn't work, what would they eat? There was only a half-baked education, and the constant anxiety that we would not get jobs. People who were genuinely poor didn't even have their BPL cards [Below Poverty Level Identification]. The Government had many schemes which could benefit people, but they didn't reach us, we didn't get to know about them. We abused politicians but re-elected them the next time. One thought used to nag me - didn't we have any other option?

The positive role of youth

But now I think differently. Today I feel that to take the country forward, I need power; and to change the system, it is important to become part of the system. I feel that perhaps abusing politicians gives us a way of escaping from our responsibilities, and we harm our society and country by electing the wrong person. And if we young people really feel a sense of belonging to society and come into politics, then starting with one's own community, we can also go on to bring change in our world. Then the common man's dream of a good society can be fulfilled.

So nowadays I don't hide the fact that I am into politics. Today this makes me proud. I want each and every person to get the rights worthy of being a human being, women to be able to live freely, and there to be no issues surrounding scheduled castes and religious minorities. If we are able to respect and value each other, we can become responsible citizens and we will have the option of choosing an active and responsible citizen as our leader.

So I started - the effort of bringing in a big change through small efforts. In 2011, I nominated myself during the election for a party president. This election required the votes of party members, and going by the number of memberships I had created, my win was assured. But I was betrayed by someone from my own side, and lost by 2 votes. Everyone told me, "You should trust no one in politics. You can never make a headway here. It is necessary to lie, and if you learn that art, you will become a leader."

But I shook off those negative thoughts, and as General Secretary, I started afresh, working hard for my people. I used to make people aware of different Central Government schemes, and tell them about their rights. I had a good rapport with the police, so whenever a woman in my neighbourhood was harassed, I would help her.

People in my area used to think that the only job of women was to manage the household and they should respect their husbands, that it was the birthright of men to beat their wives. So whenever I spoke against domestic violence, they used to try to put the fear of god in me. I also didn't give up. I made efforts to learn what religion was actually saying, and got to know that no religion condones violence. If women have been told to respect their husbands, husbands have also been instructed to see ensure that their wives are happy in every way. These are not my words, this is what religion says. It looks like we have been quoting religion according to what suits our needs. When I started talking with adequate proof, quite a number of people started paying heed. For all this, I didn't need to lie. I did my work honestly and truthfully and the support of many people was with me.

There was another youth election in 2013 and I had again prepared to fight for the post of president. This time I fulfilled all my responsibilities myself but still I found that I needed 20 more votes to win. The day before the elections, I met a close adviser to the boy who was contesting against me from Narkeldanga. It was decided between us that if they gave me 25 votes from their share now, I would vote for them in Parliament. This was what happened on Election day and I won by 60 votes.

Everyone was very happy but I couldn't be happy from inside. I was questioning myself time and again - did I do anything wrong? Am I becoming a part of that politics which I used to call names? At that time it was very hard for me to differentiate between the right and the wrong. Sometimes in the process of righting a wrong, we don't even realize when we become a part of that wrong! Perhaps something like this happened with me too. From this I learnt that at such a time, one should at least question oneself whether anyone has been harmed in the process.

I have many identities

Today I am the president of the Beleghata Assembly [2013], and I am trying hard to do work that has value. Here one's political identity is so strong that we judge everyone only on the basis of that. To my mind, election is a part of democracy. Everyone has the right to voice one's opinions. In the presence of an Opposition, the side in power won't be able to do whatever they like, and the public will also be able to choose whom to vote for.

Now the scene is that those in power inflict atrocities on the "other" throughout the year. Whether the "other" is a neighbor, or someone you have grown up playing with, or simply another human being - it doesn't matter. People forget everything else and only see that the person belongs to the other party. If this person approaches them for something, he is shooed away. Latching onto a single identity, that person is deprived of his rights. Whatever party we are aligned with, we should think that we are human beings and that should be our greatest identity. A human being has many identities and each of those identities is necessary for understanding that person. For example, I am a daughter, and a wife, a group member here and a youth trainer there, a student on one hand and a youth leader of a party on the other. We should remember that our humanity is constituted of all these identities.

The positive role of youth

I have many identities 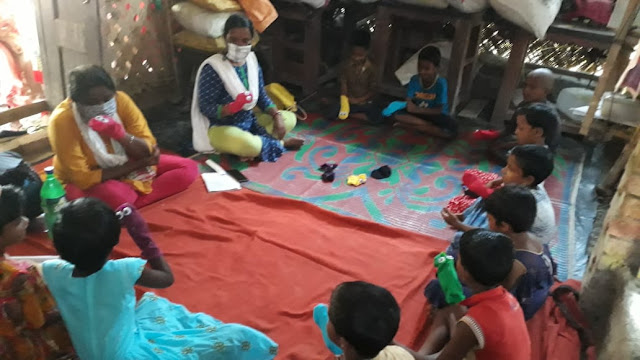 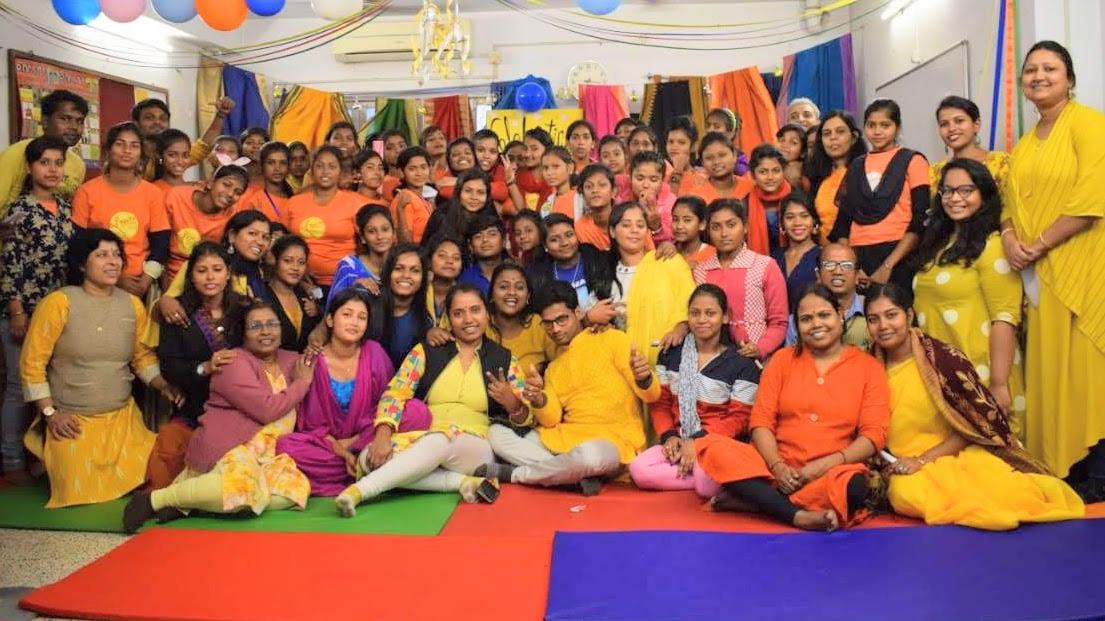 Celebration of Girls Voices Thoughtshop Foundation, Kolkata January 2020 40 girls from our community-based Youth Resource Cells in the 14-17-year age group from 10 different geographical locations- urban, rural and peri urban, as well as from different religious backgrounds participated in this event. These girls are active members of their YRCs and they volunteered to come and speak before an audience on issues that concern them. The expected outcome of this event was to enable adolescent girls (14-17) to become more aware of their issues; develop a voice, raise their issues with clarity and confidence. Pre -Convening Preparation: Girls 14-17 age group from across 10 YRCs were given a few themes (shared below). They were to choose any a topic and based on their personal experiences prepare a 2 to 5-minute sharing. They were encouraged to spend some time thinking about it, clarifying their points with peers or Mentors. (videos with Bengali voices in this page have closed capti